Background
Many families hear about Feng Shui while living in Asia, including family W from Switzerland. During their four years in Singapore they consulted me on both their rented apartments, and each time the family experienced amazing improvements and successes following this Feng Shui consultation. It was clear that they would want to continue to use Feng Shui upon their return home.

Family W owns a detached house in a picturesque village on the shores of a small lake, which they had rented out during their overseas posting. Once it was clear that they would return home, Mr and Mrs W decided to completely renovate the house and add an extension. The adjacent garage was demolished and a new garage built, with a large open-plan kitchen and dining room above. Once the architect’s drawings were available I advised family W on materials and colours for their renovation project. 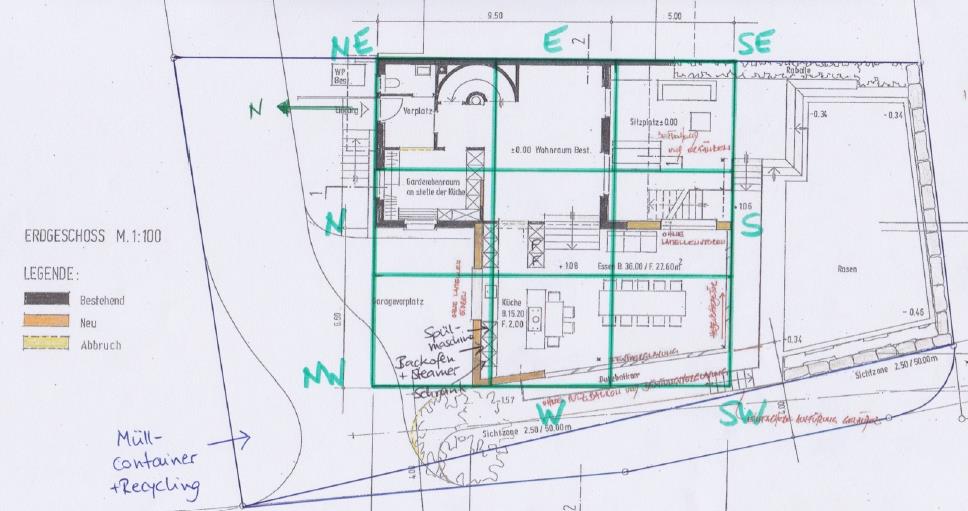 The new extension
The colour scheme of the new kitchen and dining room was particularly important. The kitchen falls into the WEST and NW sectors of the house, which both belong to the metal element. This means, Mrs W’s dream of a new white kitchen was the perfect solution!

The new dining room occupies the SW and parts of the SOUTH and WEST areas. I suggested using natural colours here, as the SW belongs to the earth element, together with some red accents. Fire is the element of the South, which supports the earth element of the SW at the same time. With this in mind, Mr and Mrs W decided to place their traditional red Chinese wedding cabinet in the South part of the dining room and bought matching burgundy red dining chairs. The breakfast bar in the West was furnished with white bar stools, matching the new kitchen. Both areas are connected through the solid wooden floor boards which provide wonderful, strong grounding energy to the new dining room extension. Thanks to this, they can enjoy the stunning view through the large full height panorama windows without fear of being swept away! Light, natural colour day curtains offer additional earth element, privacy, and a warm, homely atmosphere. 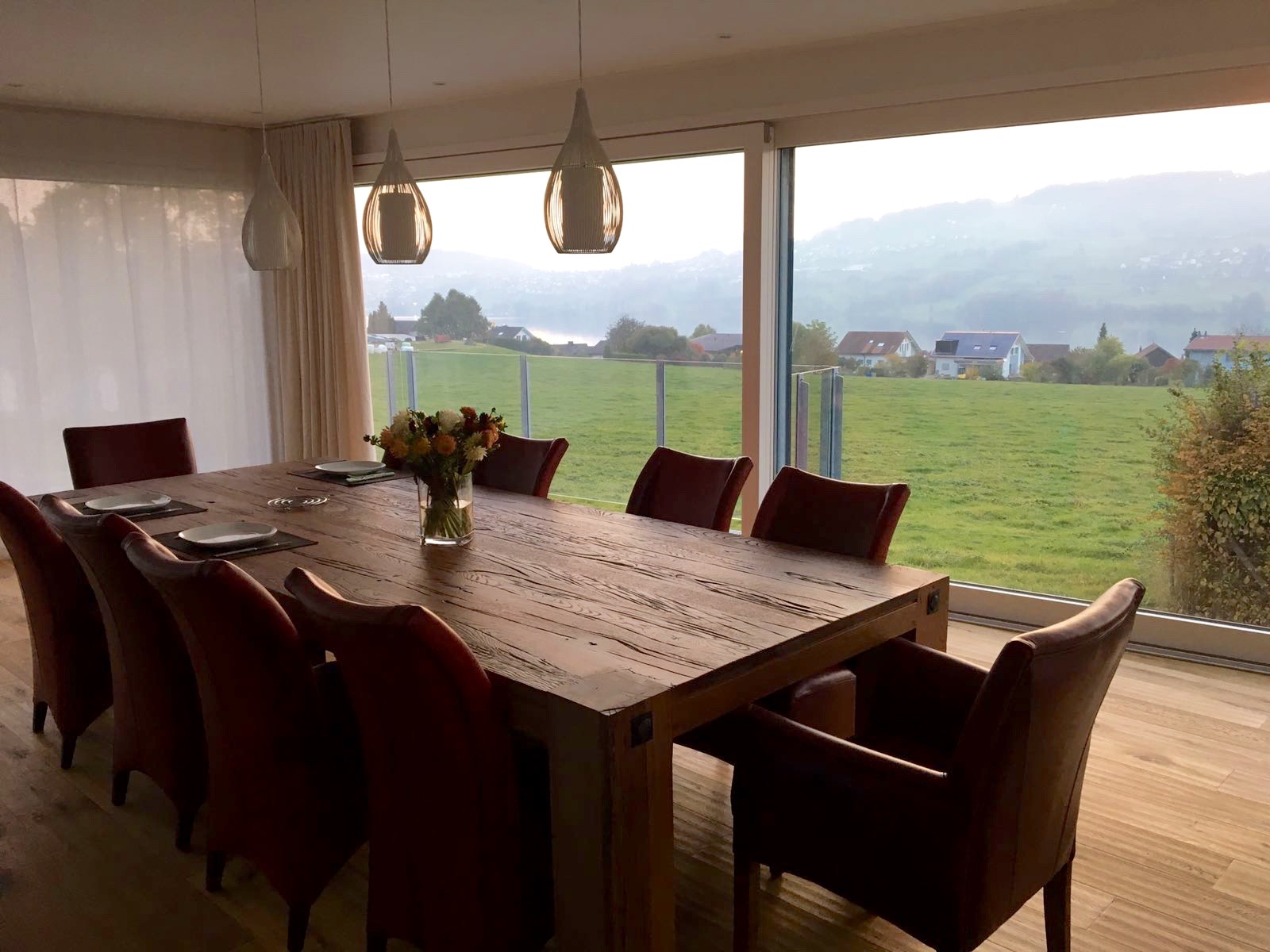 New rooms for the boys
The attic floor was converted into bedrooms for the two sons. I used the “Eight Mansions” formula of Feng shui to advise the family which room would be better for which son. This meant looking at the auspicious and inauspicious directions and deciding how to make best use the good directions.

One bedroom (the larger of the two rooms) was ideal for the older son as it allowed him to use his good directions when studying and sleeping. The younger son proved a bit more difficult because he belongs to the “West Group” which benefits from the good directions W, SW, NW and NE. In both rooms however, WEST is not a good direction to place the bed because:

1. Wherever possible, the bed should be placed with its head against a solid wall rather than a window.

2. The bed should not be positioned under a sloping wall as that would restrict the energy flow.

Therefore, the younger son was left with wither an EAST sleeping direction in one room, or NORTH in the other room. Seeing that EAST is the lesser of the two evils, I recommended the smaller room for him .

Both boys were happy with the suggestions and are feeling very comfortable in their new rooms. They also approved of the colour schemes, eg having yellow wardrobe doors in both rooms to strengthen the earth element of the appropriate sectors and add a lively dash of colour.

Taking care of the parents
It turned out that the planned sleeping direction for the parents was unfavourable, but luckily this could be changed in time and without causing any problems.

Attending to the problem areas
By adding the extension, the originally rectangular floor plan became irregular, resulting in missing NW and SE sectors on the ground level. This was a concern as it could have unpleasant consequences. One of the most important Feng Shui formulas is based on the old Chinese belief that our life is made up of eight types of luck, the “Eight Aspirations”, and each of these aspirations is linked with a compass sector. According to this formula, the SE relates to the luck of wealth and prosperity, so the SE is obviously an important area. Fortunately, family W had already planned a terrace here. In addition, I recommended buying wooden garden furniture with green seat cushions to strengthen the wood element of the SE. The planned wooden decking will be very helpful too. Ideally, the family will also install a water feature here to further activate their prosperity luck.

The NW is equally important because the NW governs the luck of the patriarch. In fact, Mr W will initially spend most of his time working abroad. Therefore I recommended placing a large natural stone on the NW corner of their plot to give much needed grounding energy to that area. This will provide an “anchor” for Mr W, making him always feel at home. The driveway and entrance to the garage is located in the NW sector and their daily use by Mrs W also helps to activate the energy of the NW. 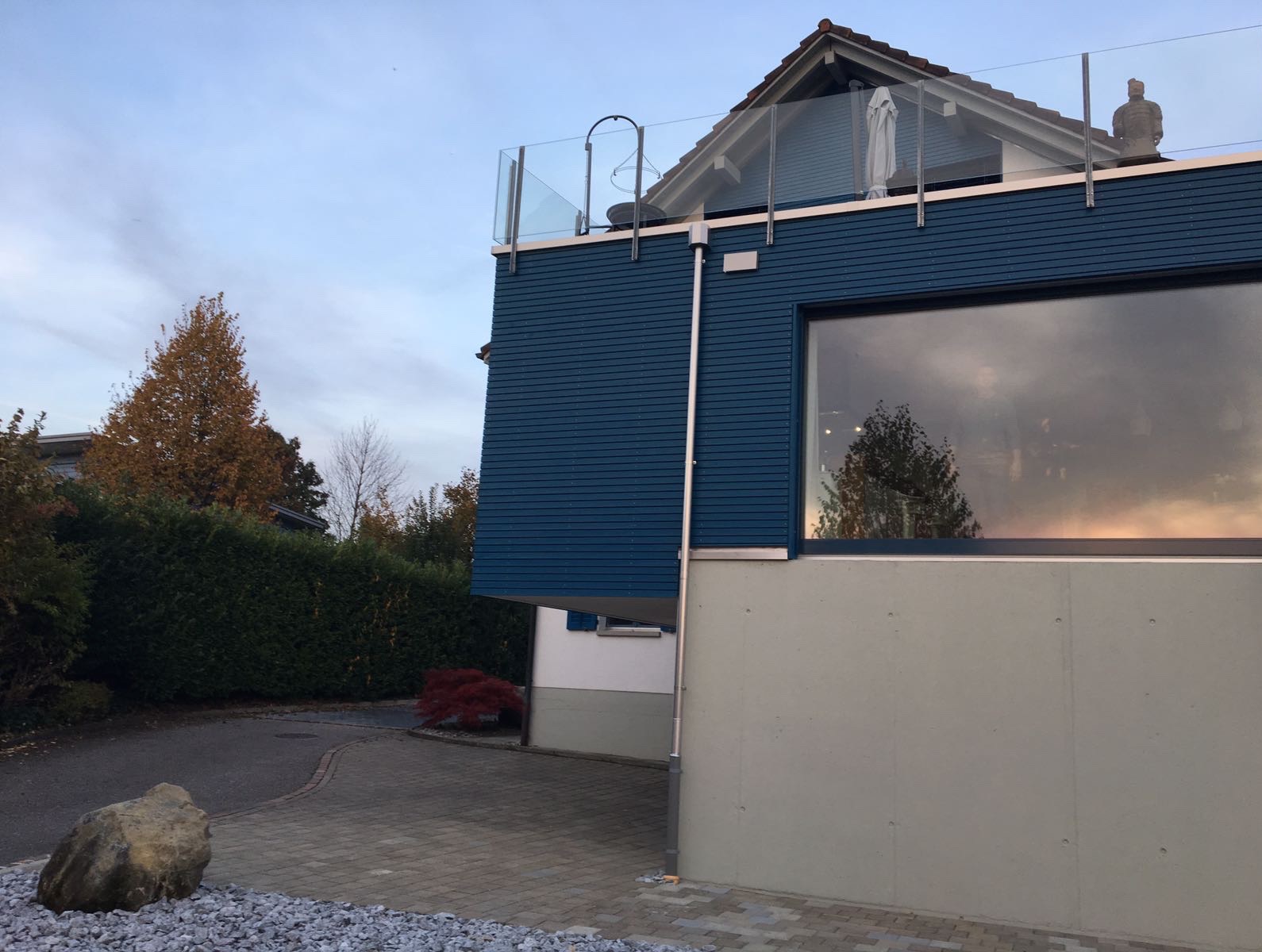 Settling in
All in all, the family’s move and homecoming went very smoothly. Mrs W has been able to return to work – taking up an opportunity that had presented itself to her while she was still in Singapore (!). The older son started his apprenticeship and the younger son was accepted at the school of his choice. Everyone has settled in well, the family has established their new routines and are enjoying their new home in their old house.

Feng Shui Living at its best.